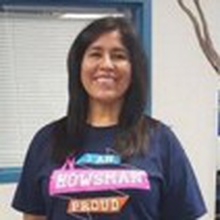 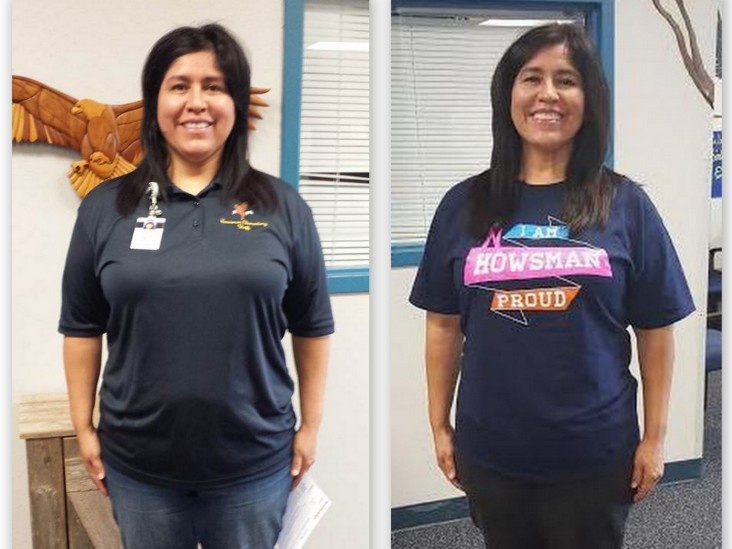 Terry started her weight loss journey with the Northside ISD $10,000 Team Challenge in January 2015. Once signed up, she found the HealthyWager and decided to give that a try for the added accountability – she really did not want to lose the money she was wagering each month and she felt that would help keep her on track to achieve her goals.
Terry said “I was always so big, I can’t even remember being under 200lbs!” She was determined to make that change! The youngest of 6, she saw her older siblings sick with diabetes and didn’t want to go down that route. Terry decided to cut out chips, breads, tortillas and  potatoes from her diet and focused on increasing her overall protein intake. She described herself as a “chip-a-holic,” always having chips at her desk, so this was a big change for Terry, as was cutting out tortillas which are a staple in her family!
Terry describes her weight loss as slow, but the challenges really helped her stay on track. “I loved all the emails from HealthyWage. They were full of really helpful tips and I got so much encouragement on the support feeds.” And, while the money got her started, as she started to see results it became more about her achievement. She realized, “I can really do this!” after dropping her first pant size.  Although she wants to lose a little more, Terry says she feels so much better now that she’s taken the weight off, and “I never want to weigh over 200 pounds again, even over 180!” She’s determined to keep it off, and has even joined HealthyWage’s new Holiday Maintain Don’t Gain challenge to help ensure she keeps it off through the remainder of the year!
Congratulations Terry!