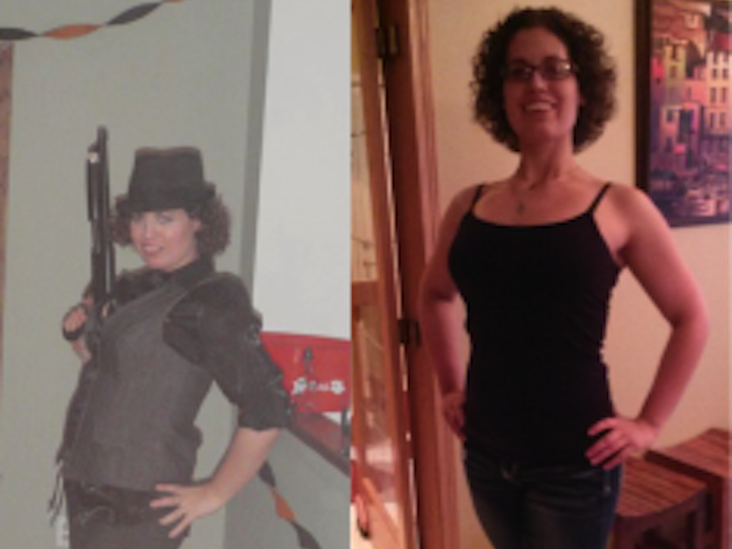 Gina first heard about HealthyWage through her husband who had read about it on as a featured article on the Yahoo! homepage. Throughout her life, Gina had struggled with getting to a healthy weight. When she got married five years ago and gained more weight, she knew it was time to focus on creating a healthier lifestyle.
Her own attempts at weight loss had her regularly hitting a plateau that she could not break. When the HealthyWage challenges came along, it appealed to Gina’s competitive spirit and knew that’s the extra incentive she needed to meet her weight loss goals. Her first challenge was won easily in the summer and then she re-signed up to compete in another challenge to lose ten percent more of her weight. However, this one was going to be more challenging because it hit right around the holidays when her and her family enjoyed the typical Italian style holiday temptations like homemade cannolis. However, if it had not been for the money Gina put down and the opportunity to win more, she might have quit at that moment.
Instead, it was mind over cannolis and money over cannolis. Gina had become a vegan three years prior and was now focused on removing other things from her diet like refined sugar and carb-heavy food. There were challenges like giving up the homemade bread she made each month as well as giving up the baked goods that her pastry chef sister would give her. Gina picked up the pace on her exercise regimen as well to bust through the plateaus in her weight loss. This included walking and light running followed by PX90 workouts. Along with support from her friend who signed up at the same time, her workout partners, husband and colleagues, Gina relied on her own drive to meet her weight loss goals and collect the financial reward for all of her hard work.
“If I hadn’t put money on the line and not have an end date set I would have put off losing weight”