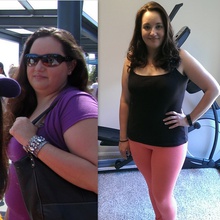 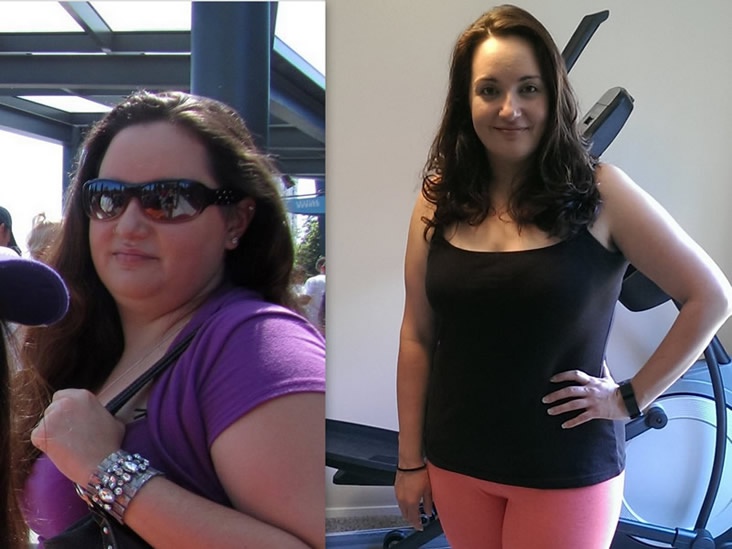 Before finding HealthyWage, Anastasia described herself as miserable. Living in beautiful Washington State, where the appeal of the outdoors and an active lifestyle is strong, Anastasia felt too heavy and out of shape to get involved in the active lifestyle she and those around her wanted to live. Not only was it miserable for her, but she said, also for everyone around her.
Anastasia said she was always “chubby” as a kid, though she had a brief period of time in high school where she got her weight under control and was an active, fit teen. But the stress of college, a new job, and a huge move across the country caught up to her, and she gained a lot of weight over the past few years.
Her boyfriend initially found the HealthyWager challenge and shared it with Anastasia. She took her time researching and deciding if this was the approach for her, and how she wanted to go about it. Once she made up her mind, Anastasia went all in.
Knowing her struggle with willpower, Anastasia decided to bet the maximum she could possibly afford; to make her bet high enough that she could not afford to lose all that money, and to keep her from going out for meals all the time – one of her biggest downfalls. She landed on $167 per month for 18 months – about what she spent each month on dining out! With no extra funds around, she finally set out to LOSE WEIGHT!
She jumped in with both feet and lost a great deal of weight early on, switching from a diet of processed foods and fast food 3-5 times/week to Veganism, but that early success slowed and then plateaued, and she found herself looking for alternatives.
She got a Fitbit and bought an elliptical but, she noted, the “work out till I couldn’t move” approach wasn’t really working for her, so she started looking for an alternative nutritional approach. What she landed on next was the Paleo diet, and that seems to be what she needed. She found it much easier to stick to than her Vegan approach, and allowed her to incorporate some of her favorite foods (Editors Note: We always advocate finding an approach you feel you can live with for the long term, and that allows you to enjoy some of your favorite foods)!
The other shift in her mindset came around exercise. Instead of working out for hours on end, she said she decided that she should just “be a little more active than I was yesterday,” each day. The mindset of a champion right there!
All of Anastasia’s hard work has paid off – 41 pounds later, she has won her $10,000 HealthyWager! She was initially concerned that her good habits would fall to the wayside as soon as she achieved her goal, but that hasn’t happened. She notes, “After 18 months of this wager hanging over my head, I think I finally managed to instill some good eating and exercise habits.” It certainly sounds that way to us! And as for the money? Her plan is to treat herself and her boyfriend to a trip to Cancun.
In the long term, not only does she now have $10k in her pocket, but she says she’s feeling much better. With her cleaner diet a skin condition has mostly resolved itself, and hiking and being active has become much more enjoyable for her, and for everyone around her. She says, “I don’t get as winded – I’ve got 40 pounds less to haul up that mountain!” And with those new eating and exercise habits, we expect it to stay that way!
Congratulations again, Anastasia! We hope you enjoy all you’ve gained!