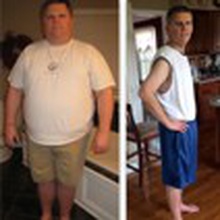 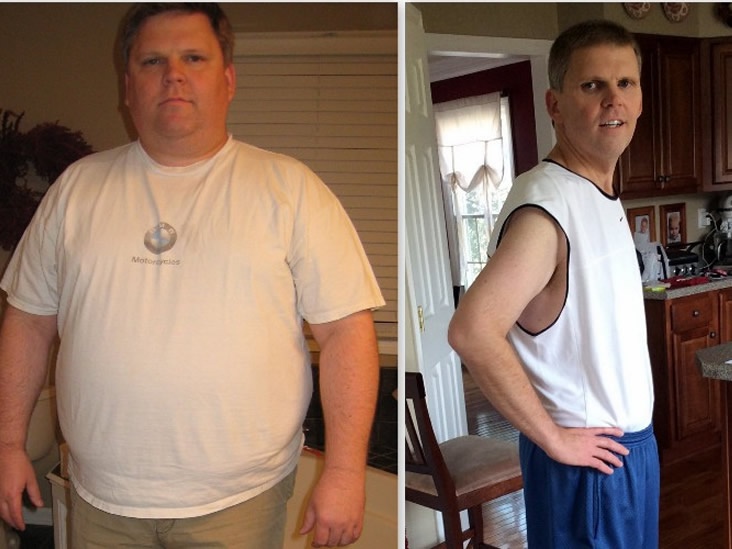 Blake explained that he had read an article about HealthyWage about a year prior to actually starting his HealthyWager. He reminisced, “I started a diet every single morning…” for more than 15 years (!) before he finally made the change with HealthyWage.
It was a Memorial Day weekend church event that was the turning point for Blake. After too much food and sun, he decided to make a real change. He recalled the article about HealthyWage, and ended up wagering $150 per month to lose 150 pounds. “I might not have followed it through to the end had I not put in as much as I did, I would have stopped long ago when I started to feel comfortable.” But Blake didn’t stop, and he pushed on to achieve his 150 pound weight loss goal, losing 151 pounds in 15 months!
But it wasn’t all easy – Blake says he struggled to get himself back on track after a vacation during his wager, so he decided to go ahead and try the $10,000 Team Challenge for some added accountability. It worked! Blake says, “It’s much harder to give up on it when a team is involved. It’s easier to let yourself down, much more difficult to let a team down.” Not only did the team challenge help Blake get back on track, but his team actually took home the 3rd place prize – another $600 to Blake’s weight loss efforts!
Beyond that, Blake told “everyone” that he was going to lose 150 pounds. He did not keep it secret, and at some point he says, the money involved became almost irrelevant, and it became more about following through with what he promised! The power of social accountability is strong, and Blake definitely tapped into that power!
Blake plans to continue with his transformation by adding in some weight lifting and really focusing in on his overall body composition. He plans to continue to watch his calories, but make exercise a higher priority for the next year. He’s got plenty of help to do that too – he says his wife is his biggest cheerleader, and she’s involved in her own Team Challenge now as well!
As for the cash? No plans yet – but, he says – he definitely plans to use it for something the whole family can enjoy together. “Pay back,” for all the time and energy spent helping and supporting Blake through this process!
Congratulations Blake!!