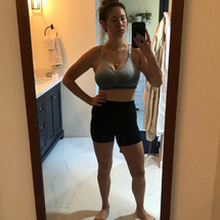 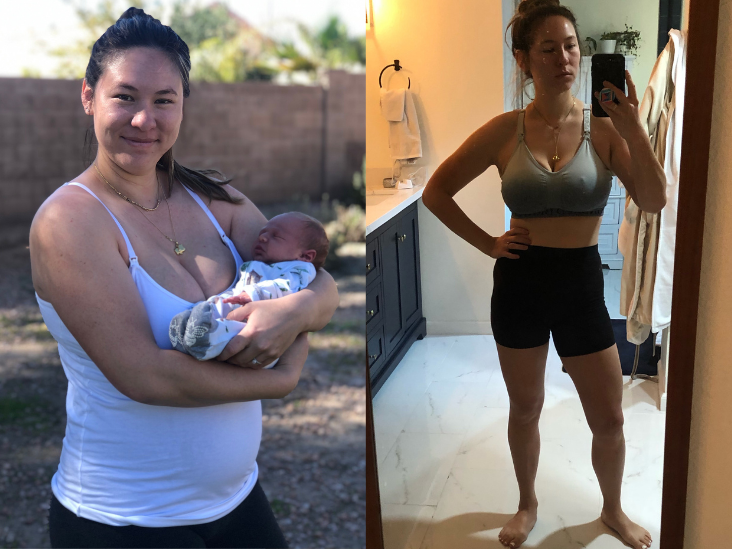 “When I was pregnant, I gained 50 pounds, and was at my heaviest weight postpartum. While I was so grateful for what my body did for my child, I missed the body I had before. I hated the way I felt, moved, and looked.”

Erin H. placed a bet on her weight loss with HealthyWage that she’d lose 50 pounds in 7 months. “I used the money as serious motivation and looked at the goal as non-negotiable. At the beginning, the weight came off quickly because I was super diligent about what I ate and how much. However, the journey changed over time, the weight fluctuated daily, but the scale eventually kept going down, even after weeks of plateauing.”

When Erin’s final weigh-out confirmed she had hit her 50-pound weight loss goal, she won $2,700!

“I’ve never been more proud of myself for accomplishing something that I’ve never been able to do before. I’m stronger and healthier now than I’ve ever been, and that’s the greatest gift I can give to my child right now: the promise that I’m doing everything I can to be here for him and be healthy.”

Having successfully met her goal, Erin has realized she’s capable of more than she originally thought. Losing weight “was hard, harder than I could have realized,” she says. “The struggles were often and the temptation to quit was palpable. But, I wasn’t about to lose almost $2,000. Now, I’m around 10 pounds lighter than I was before I had my baby, and I’ve never looked or felt better!’