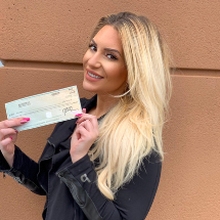 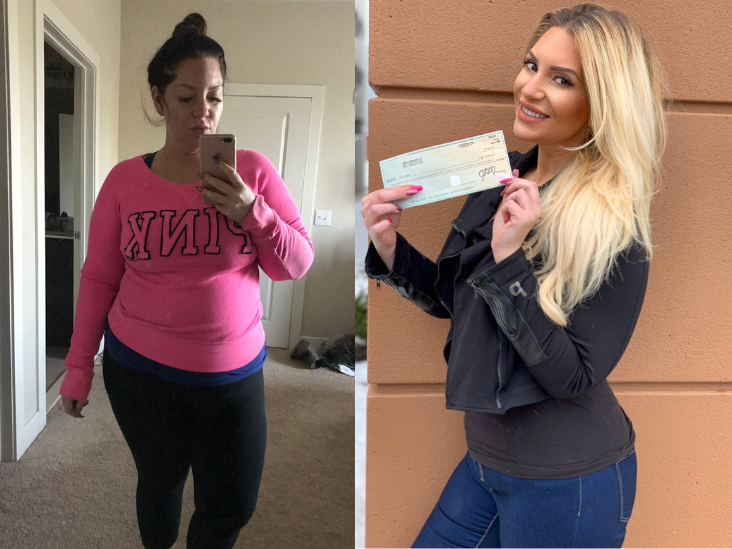 When a coworker mentioned an article about how a girl had won money for losing weight, Emily S. was intrigued. “She sent me the article that night and I signed up that weekend. Money is a huge motivator for me.” For her first HealthyWager Challenge, Emily had a goal of losing 70 pounds. “It took a good hour of playing around with the calculator to find which bet worked best for me. I wanted the return to be as high as possible, and I also wanted an achievable amount to lose.”
While Emily started off her challenge with good intentions, she didn’t expect the flu to derail her efforts. “A month after signing up for my first HealthyWager, I ended up getting the flu and was sick for a solid 3 to 4 weeks, gaining an additional 12 pounds from my starting weight. I actually thought I had blown the entire thing and had wasted all this money. Once I stopped feeling sorry for myself, I realized I had goals to crush and money to win. It was at that moment I knew I was going to win and I did.”
In addition to making gym time a priority by working out five to six times a week with cardio and weight lifting, Emily found the ketogenic diet to be the most effective with helping her lose weight. When her weigh-out confirmed she had met her goal, Emily was ready for more and signed up for a second HealthyWager, this time with a goal to lose 30 pounds. After conquering 70 pounds, Emily’s weight loss had stalled; however, with her eye on her HealthyWager prize, she decided to push through and lose those 30 pounds. “If it weren’t for HealthyWage, I probably would not have hit my 100 pound weight loss!”