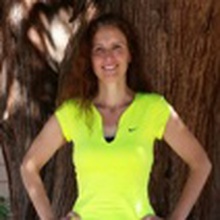 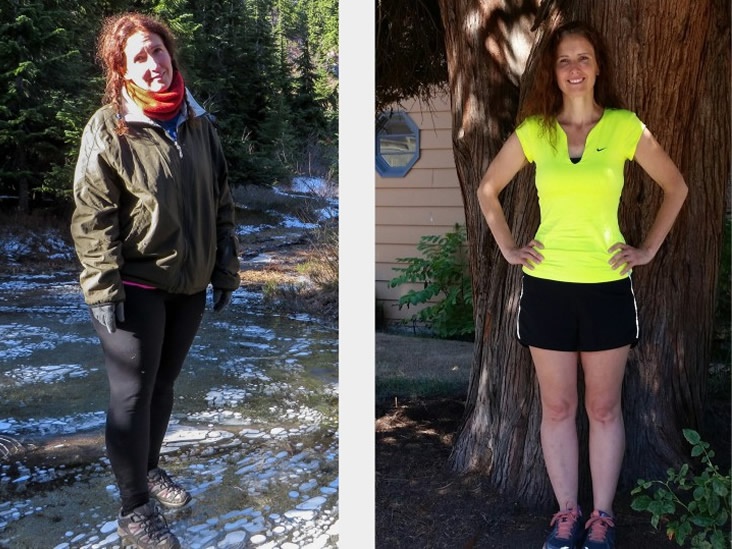 Darchelle W.’s sister turned her on to HealthyWage this past January. Knowing Darchelle was struggling with her weight, she thought she would really thrive in the competitive environment one of our Team Challenges would provide. Darchelle checked it out, felt the same way and on January 9th 2015 started her first Team Challenge. A little unsure about the team aspect, Darchelle also began her own personal HealthyWager that day, as she put it, “as incentive to help carry me through any disappointment” that may stem from not doing as well as she’d like in the Team Challenge. Plus, she thought it was “an amazing opportunity to win some extra money!”
Darchelle’s team did NOT win their Team Challenge, but they did place 6th out of a very large and crowded field, and Darchelle came out of it weighing almost 28 pounds less than her starting weight! A win on so many levels. But she had more weight to lose, and wasn’t going to stop there.
Being new to this weight loss ‘thing,’ Darchelle really wanted more time solidifying her healthier habits before she was on her own. She had spent a great deal of time educating herself and practicing these new behaviors, but didn’t feel confident enough in them to go it alone. And since she still had a few pounds to hit her HealthyWager goal (and still a few more to hit her ultimate goal), she thought, “I can do this again! I have enough to lose another 16%!” So she signed up for the next team challenge that began on April 24th!
This is where the story really gets interesting! Darchelle did not know anyone going into her next Team Challenge. She ended up on a team of strangers pulled together from the HealthyWager support feed, and she says, it’s been the greatest team experience ever since! The Road Less Padded turned out to be an extremely cohesive team, all committed to serious weight loss and supporting one another to achieve their goals. Darchelle sent out an email each week that reported on the team’s weight loss to date, weekly weight loss, things that worked and things that didn’t – all working to keep the team moving forward together.
So THIS Success Story ends with a bang, a double whammy surprise ending! On July 3, 2015, almost 6 months from the day she started, Darchelle weighed out for her HealthyWager weighing a total of 44 pounds less than when she started! She WON her HealthyWager, and a nice chunk of change ($2,000 worth of change) for her efforts! Not only that, but with that weigh-in, she also completed her Team Challenge weigh-out, maxing out her weight loss for the challenge and helping her team take home the title of Team Challenge Champions and the top cash prize! If you’re keeping track, that’s now a total of $3,500 for losing weight!
When we spoke to Darchelle, she was still talking about achieving her personal weight goal, and her concern over trying to lose the last few pounds on her own. But on her own she will not be, as she and her winning teammates have decided to continue on together to compete in the Summer 2015 Jackpot Challenge, where teams work to lose a 6% average weight loss to win their share of the Jackpot!
So what does Darchelle have to say about all of this success? She feels best about being active again. Before the weight started coming on, Darchelle and her best friend were runners. But life came at her with a series of events that resulted in a lot of stress and a slow but steady weight gain that ultimately led her to not be able to run or enjoy running. Last month she says, she started hiking again, and enjoying the outdoors. She knows soon she’ll be able to enjoy running again, and more importantly – running with her best friend. He has been diagnosed with an illness that will eventually rob him of that ability, and knowing that they have the time again to enjoy this shared love together, means everything to Darchelle.
In her own words, “The competitive aspect along with the prospect of winning money (and losing it!) were just enough for me to get going – it drew me away from my troubles and desire to eat just enough to get me off to a decent start, and from there I gained momentum bit by bit…By investing in myself each month for the wager, something within me shifted toward caring for myself, valuing myself, in new ways fighting for me in ways that have gotten me back to my true self, my true figure, my internal freedom and yep, even my running to some degree. I just have no idea where I would be if it weren’t for my sister who reached out to me in my pit, and Healthy Wage who reached into my mess and helped me make some beauty. I feel so grateful.”
We’re happy your sister introduced us, and we’re very happy that our programs could help! Thank YOU Darchelle, for giving it all you have! Here’s to your continued success!