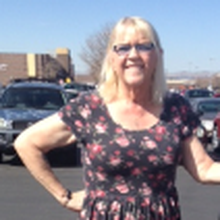 Pam has always liked to live large and loud, staying young in mind and in heart. However, to stay forever young, she knew she had to reach a healthier lifestyle after struggling with her weight for nearly 40 years. She first heard about HealthyWage from a friend and then again in a Woman’s magazine. The idea of finally losing the weight and using her own money to get her there was appealing, and in the end it is what got her down to her lowest weight since high school.
To get herself on the right track, she had to come up with an exercise plan that she felt would work in her 60s. As she said, “Losing weight as you get older is way more difficult.” She had used walking DVDs before but this only helped her from gaining weight. Once she changed her diet and combined this with the walking, the weight started coming off. Pam stuck to 1,200-calorie days but did allow herself a cheat meal here and there. While her twin daughters helped kick-start her into sticking with HealthyWage, in the end Pam did this for herself.
When asked what HealthyWage helped her accomplish, Pam said, “I won my health back. My diabetes is nearly in remission. I look ten years younger, which now matches my state of mind. And, even my past co-workers barely recognized me when they saw me after my tremendous weight loss. Now, I’m still a work and progress but I can now jump on motorcycle and really rock n roll. Plus, I’ve got some extra money that I’m using to buy some clothes to show off the me that was hiding for so long!”