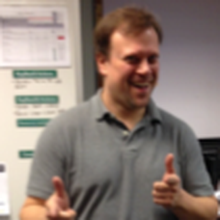 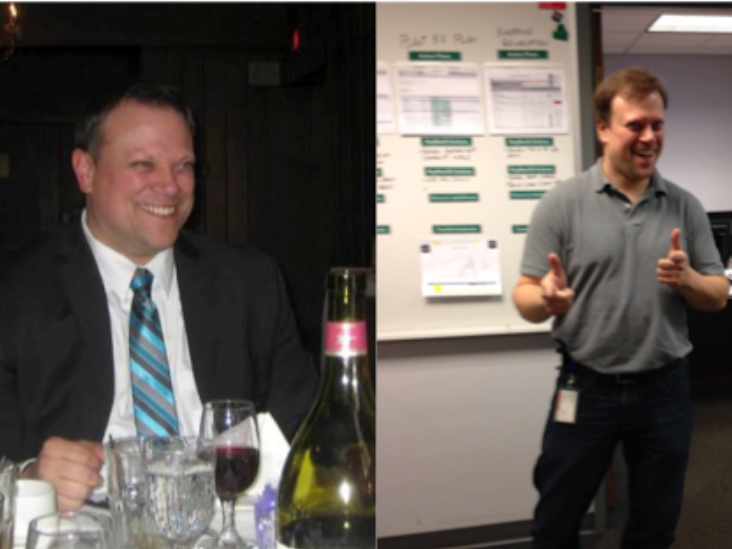 Nick and his team, Chain Reaction, won a share of a the jackpot in a challenge hosted by his employer, Rexnord, while Nick also won a larger prize for competing in an individual challenge – the HealthyWager. Losing the weight and winning the money for Nick was an incredible accomplishment who became a first-time dad at 37.
Although he did not make many bad food choices, he was still a yo-yo dieter who did not feel like he was in good enough shape to be as active as he should. Once his son arrived, he knew he had to get into shape so he could keep up with him as he grew, but Nick also had to figure out when he could lose the weight between juggling work and a newborn. He had tried so many different diets and paid out for weight loss solutions but would end up abandoning them while the gym seemed truly impossible.
That’s when he heard about HealthyWage through his job at Rexnord. In joining a company-sponsored team challenge with his colleagues, Nick then realized that doing the individual challenge as well could help him stay on track this time, especially when he gained some weight back at the holidays. Nick tried home gym equipment and that worked for a while, but he knew he had to do even more. That’s when he tried a 21-day fitness and diet program focused on portion control. This helped him to cut down a quarter of what he was eating and also to add more healthy foods.
After weighing himself each day during the team and individual competitions, Nick started to see results because he was much more accountable to what he was choosing to eat and do. This helped him learn self-control about food and got him to where he needed to be with his weight. When asked what HealthyWage did for him that other programs could not do, Nick said, “HealthyWage’s format helped to keep me on track and more accountable to my team members and myself, helping me to finally lose the weight.”