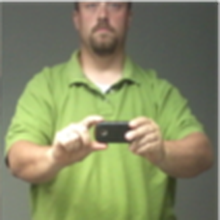 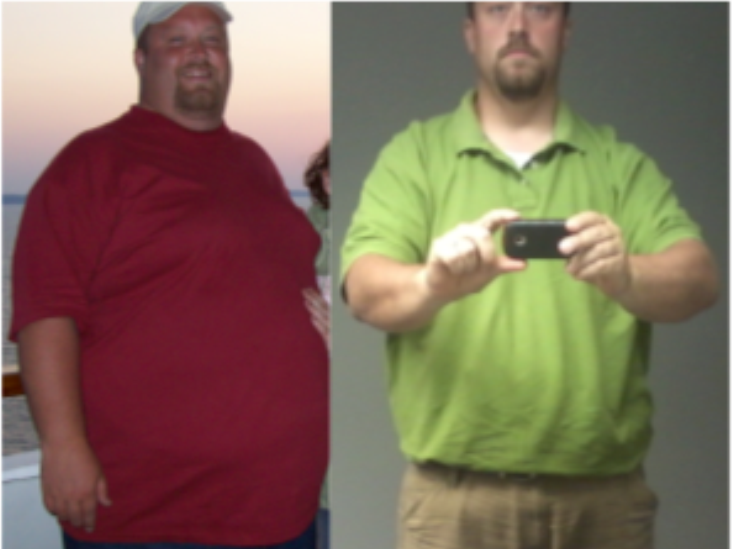 With a second baby on the way, Nate knew he wanted to be in fighting form let alone have the energy to help his wife care for two children and also lower his blood pressure under doctor’s orders, so he turned to the Internet for research on ways to get healthy. During his search, Nate spotted a HealthyWage ad that caught his eye and appealed to him because he could gamble on himself – and win by losing weight and gaining money. Although Nate had made a concerted effort in the past to eat healthier, he knew that everything he did to lose weight while taking part in the HealthyWage Challenge would need to be more intensive and disciplined. His strategy included healthy eating and fewer calories as well as exercising every day.
While at work, Nate walked on his lunch hour and then popped in the workout videos at home in the evening to up his cardio game. Despite being pregnant and having some cravings of her own, Nate’s wife proved to be his biggest cheerleader and also stuck to the healthy eating plan. Along the way, Nate did endure some setbacks, most notably the first month his child was home. All those sleepless nights and the hectic scheduled that a new baby brings led to less exercise and bad food choices. However, he quickly recovered when he focused on the cash prize and the fact that he didn’t want to lose the money he had already invested in himself.
Nate met the HealthyWage Challenge and won but continues to lose weight now that he is on the right track to a healthy life and lots of energy for his two children.