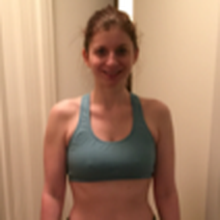 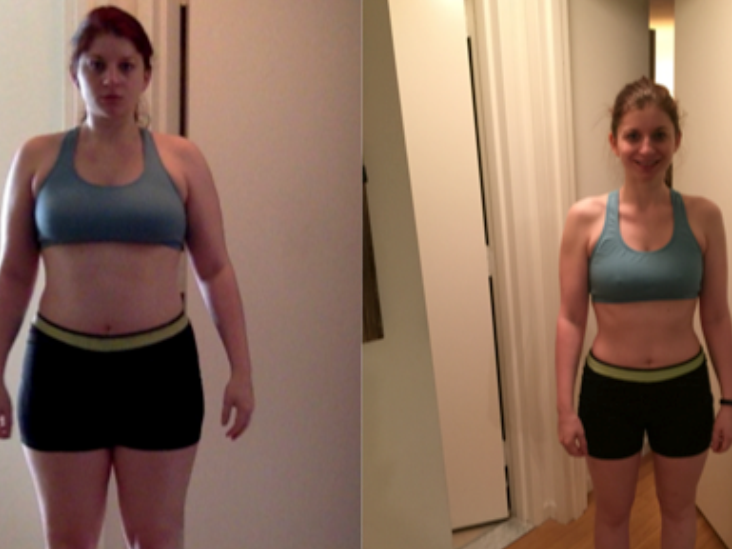 Elizabeth chose HealthyWage at this point in her life because she had wanted to lose weight and finally hit the point where she was mentally ready to do so and deciding she did not like the way she felt anymore. After attending college, she ended up turning to unhealthy eating habits that got out of control.
Prior to college, Elizabeth was fit and played all kinds of sports plus did CrossFit. However, college got the best of her and she stopped all that activity. Since graduating college in May, she decided it was time to make changes, so HealthyWage was a way to kick-start a return to healthy living. Plus, with debt to pay off from studying to become a lawyer, any financial reward would be a real asset. Although she was motivated, there were times that Elizabeth wanted to quit, including two times where she began to wonder if losing the weight was harder than she thought. However, the idea that she might accomplish losing weight to get healthy and paying down debt was a double motivation.
Her strategy included going gluten free and using a paleo diet. Immediately, she started feeling and sleeping better. Since studying for the bar exam kept her so busy, Elizabeth would make bigger meals and then portion these out so she had meals ready for the week. She even tried to get others on board to join the HealthyWage competition that had a significant amount of weight to lose because the support would be great, but they were just not ready yet to make that change. Although many knew she was doing the competition, Elizabeth focused on making herself accountable for herself rather than because others knew she was competing in a weight loss competition. She has now accomplished two goals:
Elizabeth lost the weight she wanted in order to get healthier and now has $2,000, which goes a long way toward paying down school debt. It’s a fresh start as she embarks on her career as a lawyer, looking and feeling great.