Team Lose a Bru got their name thanks to an office co-worker. This colleague is one of the smallest and thinnest guys in the office and his last name is Bru, so they decided that they would lose the weight equivalent to him. Hence, the team name.

This group of close work mates all decided they wanted to lose weight and do it together once their company told them about the HealthyWage competition. While the financial incentive was a great incentive, the team was mostly focused on seeing if they could meet their weight loss goals and lose that Bru weight amount.

The competition could not have come at a better time either because it has just been the holidays and all of them had enjoyed too much of the company’s holiday nibbles. Their strategy was to eat less and move more, including using a fitness app and research that helped them to learn how to eat healthier and reduce their portion size. The team saw each other every day so they knew whether or not everyone was sticking to their goals.

Their team captain still sent out emails to cheer them onto victory and they regularly encouraged each other toward that finish line. When asked what participating in the HealthyWage competition did for them, they noted that it “made us think about what we were eating, helped us set goals, and made us more accountable.” Every member realized that they had invested money and it was not just about whether they lost their own money; it was about everyone sticking to the competition so no one lost their money. Overall, this level of accountability helped to make better choices, get moving, and gain a healthier lifestyle while losing that Bru. 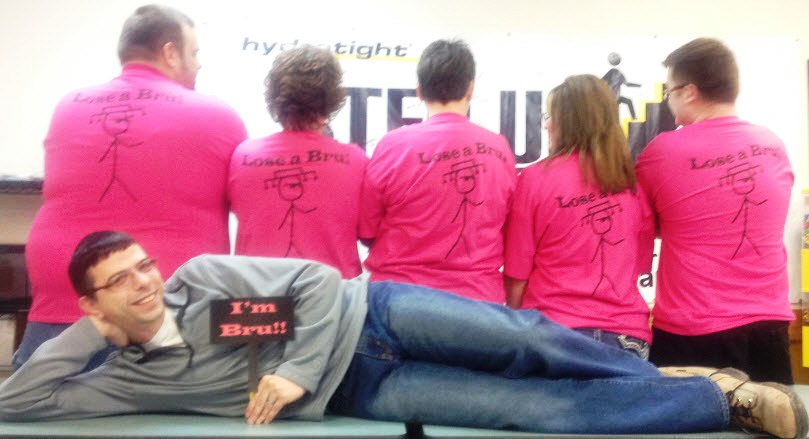